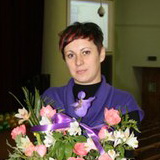 Girl with mucopolysaccharidosis was four years old, and everyone knew that, most likely, she would not discharge from resuscitation department. Authority did not purchase medicament for her treatment, despite of judgment had came into effect; they thought- girl would die and it would no need to spend money. Girl asked her mother: “Mommy, will you go alone from the hospital? Shall I live in the cemetery?” Mother was 24 years old and she did not know what to say, only replied: "No, we'll discharge together".

Agent of pharmaceutical company, which produces needed medicament, for humanly motives helped girl’s mother, talked to her all day-and-night, when she needed it. It was not the part of his responsibilities - he just countenanced her. Snezhana Mitina talked with her for long nights, and once it was suggested an idea to dream up a tale for Katya. 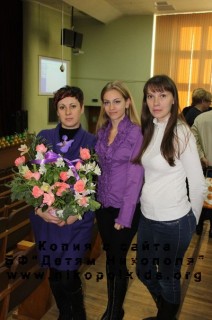 - We told her that one day bear would come and bring her medicament. Why the bear? I do not know. At two o'clock in the morning it was dreamed up a bear… Why is it purple? Because purple is the international color of mucopolysaccharidosis. Katya waited bear. We had no do but to sew it and send to this town near Moscow, - says Mitina. Katya’s mother could not go to the post office, so there went agent of pharmaceutical companies. The town is small, clinic is wooden, window was opened at night ... Katya woke up and saw the purple bear. She screamed, "Mom ! Bear has come!". Thence, Union of patients and rare diseases patient organizations has been gifting purples bears to all persons, which support children with rare diseases.

Katya is six years old; she is getting treatment and does not part with her talisman.

Mucopolysaccharidosis or abbreviated – MPS- is a rare genetic disease that requires expensive treatment for the all patient's life. Dnon’ family –Oksana and Andrey- faces with this disease. Their child Kiryl was the only one child with this disease in our town. Realizing that without "Elapraza " medicament their son will not survive, the family went to "ram". 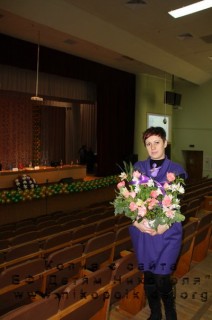 To ram of government offices, television studios, doctors offices. Majority of this work was done by mother. Oksana by all means aimed at legalization the medicament, which would save lives of Ukrainian kids. Months passed away… Oksana pestered different offices, received a lot of letters from the ministry officials, but her efforts came to a standstill. It was real deadlock of bureaucracy and indifference.

Of course, there were a lot of pleasant and useful contacts on her way. Oksana met with parents of kids with the same disease from different countries; they corresponded, helped each other and met at the conferences to discuss with professionals this problem solution in our state and other ones of the former Soviet Union. A year ago, at the conference on MPS Hunter syndrome disease, there were no any word about just thin light of hope for our children. But, only to the end if year these topic became spoken about, first of all because of Andrey and Oksana participation at Savik Shuster program " Adrinalin". It seemed soon it would be this problem solving, but nothing changed. Now we ask each other: “Why did it happen ?”. Why our children could not get help? And we come to the conclusion that our children were called into the world to change it.

Oksana and Andrey were not in time to meet the purple bear for their son Kiryll, but now purple bears come and they give hope, joy, and life to the 19 children from all over Ukraine.

P.S. Just one year later, Oksana came again to the conference on the MPS in Kharkov. PARTICIPANTS APPLAUDED STANDING TO KYRIL DRON’S MOTHER! The great basket with purple flowers Oksana brought home and immediately drove it to her little boy. "This is your achievement, Son!".

But two days later she went to perform important assignments of foundation. Prominent prize is awarded in Ukraine, this award is called the " The Person of the Year." Our fellow-townswoman worthy this prize, like no one else.