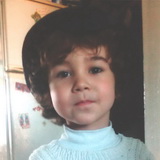 Our Foundation was applied for help by Maxim and George's mother- Marina. And that's the story she shared with us.

Our son Maxim was born in 2005, but our happiness was immediately overshadowed by the fact that the child was born with bilateral clubfoot, and torticollis with hemorrhage in the eye.

Doctors recommended him to consult a neurologist after the discharge from a maternity hospital. In January 2006 the boy was consulted in the Dnepropetrovsk children clinical hospital and immediately admitted to children hospital №5 of Dnipropetrovsk because of hydrocephalic syndrome, syndrome of motor disorders.

The boy felt night pain in the legs since his 2. Doctors from Dnipropetrovsk could not determine the cause of these pains. That’s why the boy started consulting trips over all Ukraine. He was consulted by orthopedist of Traumatology Department of Zaporozhye medical Academy of postgraduate education, where diagnosed with congenital deformity of the chest, article 1, left-sided clubfoot.

In 2008 he was consulted by an orthopedist and neurologist in "OHMATDET" and diagnosed with left-sided congenital clubfoot, valgus foot, esotropia, pyramidal insufficiency on the left. The boy was recommended to be further observed by a neurologist and an ophthalmologist at the place of residence.

In the same year he was consulted by Professor Yevtushenko S. K. of Gorky National Medical University in Donetsk, where he first was diagnosed with possible epilepsy – the consequences of severe spinal trauma of brain with lower paraparesis and night mioclaunies and legs miamies. The boy was prescribed anticonvulsants, but seizures completely are not stopped by the treatment.

In 2011 we had a second child - George. He was diagnosed healthy!!! But due to illness the older son, the health condition of the smaller child was permanently controlled.

Periodically the boy was consulted by neurologists. But, in September 2013 George was not able to stand on his feet in the morning. Family again started visiting the hospitals. They spent 40 days at the infectious diseases unit of Dnepropetrovsk regional children hospital (Cosmos str.) with suspected polio.

Later the boy got rehabilitation at Dnipropetrovsk children clinical hospital No. 5, where he was diagnosed with sluggish paraparesis. After that younger son was waking up at night from leg pain. He began to get tired quickly when walking.

Maxim and George once were prohibited to such products as buckwheat, eggs and beef, and Maxim in connection with lactose intolerance and dairy products.

In November 2015 after tests George was recommended to exclude protein foods and limit the consumption of dairy products in his feeding. Again the boy was prescribed medicaments, for purchase of them the family has no money at all, because parents have to buying special meals and take expensive tests for children.

Family appeal to You, our dear friends, please help George and Maxim to become healthy. You can donate by money transferring to the bank account of charitable foundation “Nikopol Kids” stating the reason “Maxim and George Biletskiys Treatment”. 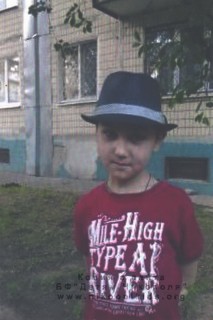 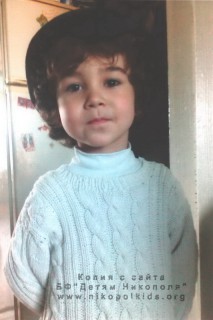 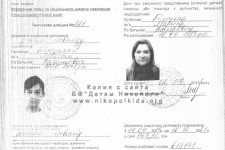