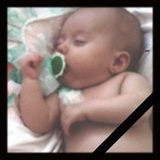 Artem was born on April 3, 2015 in Ordzhonikidze hospital at 36 weeks of pregnancy. Three hours after his birth, the child stopped breathing, and he was urgently transported by emergency aircraft to the Newborns Anesthesiology and Intensive Care Department of Dnipropetrovsk children clinical hospital.

The kid’s breathing was maintained for 21 day, and then he with his mother Marina was transferred to the premature newborns ward. At that moment the boy was diagnosed with hypoxic-ischemic encephalopathy, respiratory distress syndrome, respiratory failure 3 stage, convulsive syndrome, and prematurity 36 weeks.

On May 19 the child was discharged to home observation because of his health condition improvement. He was observed by prospective follow-up study of the regional hospital.

On July 3, 2015 at home the boy’s heart stops breathing and he was hospitalized to Nikopol hospital No. 1 in intensive care department with high fever. On July 6 the pediatrician decided to transport Artem to the Dnepropetrovsk children hospital, where the boy is being now.

For the first 10 days the child was twice transferred from the infectious diseases unit to the intensive care unit with respiratory arrest caused by high temperature. There were a lot of analyses including the spinal cord test. The diagnosis is not certainly established, the boy is diagnosed with sepsis blood infection and infectious epicardium.

The fever does not pass for a month. Artem every day gets intensive medicaments, which are too expensive to purchase for child's family. But if only we all help them and make our own contribution, their little son would have a chance to recover.

We ask our supporters to help Artem and her family. You can donate by money transferring to the bank account of charitable foundation “Nikopol Kids” stating the reason “Bartosh Artem Treatment”. 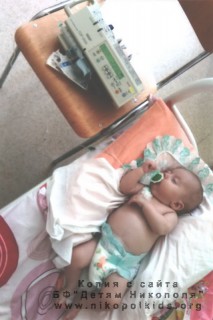 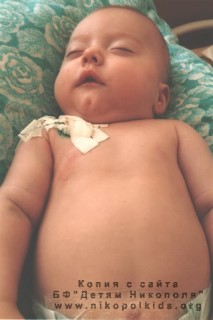 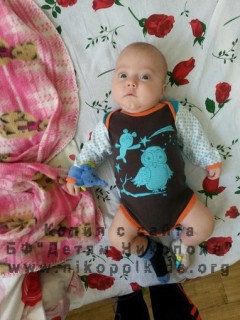 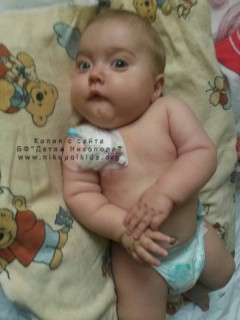 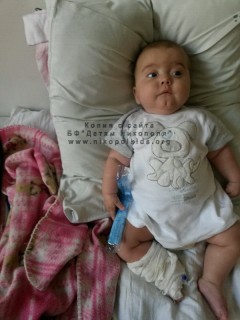 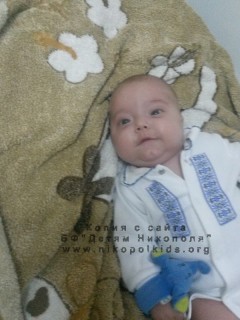