The chance for LIFE. Help to save Marina!!! 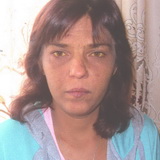 Marina has been being ill since 2006, when she firstly feeled the pain in the right hypochondrium, rash all over body and severe itching. She appeled a therapist in the local clinic, the therapist directer her to a dermatologis. The young woman was diagnosed with allergies. In a year of unsuccessful treatment, a disturbing itching caused multiple scratches, skin bursted and wounds appeared.

The woman again consulted a doctor, who directed her to gastroscopy. It depicted suspection on a stomach ulcer, so the doctor prescribed medication. Because of persisted recurrent pain in the right hypochondrium and itchied skin, Marina appeled a doctor, who appointed her the blood testing for viral hepatitis. This test was negative. Doctors’ consultations were unresultable, noone was able to diagnose with. In 2008 during the second pregnancy, Marina had a strong yellowing of the skin, which was explained by doctors as a possible pregnancy effect. At this time she was hospitalized in Dnipropetrovsk hospital but nothing was diagnosed. 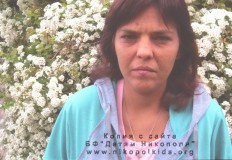 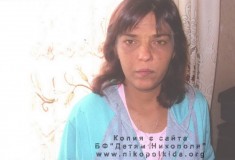 Postpartumly this disease passed away but in a year the symptoms reappeared and the women got worse, she had constant fatigue, bitterness and nausea. She got an abdominal ultrasound at the medical centre “Impulse”, she was presumptive diagnosed with cholestatic hepatitis, and recommended to consult a hepatologist. In March 2014, she was hospitalized at the Surgical Department of hospital number 9 (Zaporozh’e). Again and again there were blood tests, liver function tests, x-rays of the abdomen and chest, ultrasound of hepatopancreatoduodenal system. She got treatment with Reamberin, dexamethasone, Essentiale, proximum. According to tests she was diagnosed with toxic hepatitis. After the treatment, Marina did not get any better.

Marina didn't know where to turn for help. In January 2015, she had a abdomenal CT scan at the diagnostic center of Nikopol city hospital No 1. She was not diagnosed with cirrhosis of the liver and requires further consultation with a doctor. The attending doctor directed her to consult with a gastroenterologist from the Dnepropetrovsk Institute of gastroenterology. Laboratory tests showed the high activity of mixed origin liver cirrhosis with severe cholestatic syndrome of hepatic-cellular insufficiency.

And still nothing could help her. Marina was recommended Recommended to contact the Zaporizhzhya center of organ transplantation. There were a liver biopsy performance, its pathological examination showed the diagnosis confirmation. Here she was treated from April 24, 2015 to April 24, 2014.

It got a little better: decreased itch, yellow color of the skin still remains. The disease is progressing. Marina urgently needs of a liver transplant cost 300000UAH. The family has no money for it. Now she needs financial assistance. But you can help not only with money! You can maintain her by awareness, prayer. Marina’s family consists of loving her husband and kids 12 and 6 years old. So, we Iappeal to all good, caring people, please give Marina a chance to LIVE and RAISE up her children.