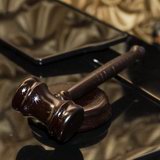 We have just had a wonderful holiday – the Candlemas Day. But this day, the 15th of February, is also the international day of children with oncological illnesses. What is the purpose of this day? The main purpose is to give hope to all the children and their parents; to let them know that there is still a chance that they will be able to overcome this terrible disease.

By the 17th of February we have already conducted the third auction to help the children with oncological illnesses. The organizers of this event were the charity fund “Nikopolkids” together with the Artists’ Union of Nikopol and the Painting Studio “Palitra” with the assistance of the city mayor Ruslan Tokar, the cultural entertaining center “Elite Club” and the Department of Youth Culture and Sport.

This event is absolutely different from those, which usually take place in our town. Both the idea and its realization were unusual. This auction is all about hope, beauty, love, willingness to live and to discover this wonderful world, to be happy in it, to create things and to be happy.

The works of the Nikopol artists were the lots of the auction. All the money we managed to raise will be given for the treatment of children with oncological diseases from Nikopol and Nikopol region. From all our heart we want to thank those artists, who presented their paintings at the auction! You can only imagine how much time and effort they needed to create a work of art. A painter is like a creator, who gives birth to a painting. That’s why you need to have a very kind and merciful heart to give away your “creation” in order to help others. It is wonderful that such people took part in this event for the second time and more than that were also its initiators.

This charity event has reached far beyond the scope of our small provincial town. We want to thank all those people who were responsible for the organization of this event and who made their best to make it perfect. Before the auction began, our guests had a chance to listen to beautiful sounds of the violin, performed by an ensemble of the Music School of Nikopol and conducted by Larisa Skripchenko. At this auction you could not only help the children, but also get some esthetic pleasure. Not far from the place where our guests were seated there were there easels with blank canvases. This was a creative experiment form Nikopol artists Sergey Grotskij, Alexandr Makarenko and Mark Prodan. During the auction they were painting some improvisational works with the motto “I love life”. Everyone could come up to the easel and observe how a work of art is created on the blank canvas.

The guests of the auction we addressed by the director of the charity fund “NikopolKids” Margarita Gorbatenko. Here’s what she said: “It’s very exciting for me to stand in front of you. There’s no one who can help our children the way you do… That is why we want to ask you to pull together all you financial, legislative and authoritative powers in order to do everything possible so that our children would not die!.. ”

After that the auction began. The first lots were the works of the famous artists from the auction booklet. Then the paintings of the children with oncological illnesses were presented. “The bird of happiness” was the name of the first painting by Evgenia Zibulenko. Here’s what the moderator of the auction Irina Lagunina said about it: “For a long time there were only three women fighting for Evgenia’s life: her unemployed mother, her grandmother, who had to provide for the whole family and Zhenya herself…”

Nobody could remain indifferent to the children’s sincere paintings. That’s why a beautiful blue bird sitting on a brunch and looking somewhere far into the future was sold for 1350 UAH. The next lot was the work of Vanechka Timoshenko which was called “Underwater fairy tale”. Vanya has already taken part in an auction before and wanted to take part again this year. His work depicted the colorful and diverse underwater world of the ocean, the way a rich child’s imagination saw it. The painting was sold for 1700 UAH.

And then it was time to finish the auction. The art experiment was over and the painters were ready to present their works to the audience. It was amazing! In just 1,5-2 hours they managed to draw a part of our world on a small canvas. This is not amazing, but it’s unbelievable! The pictures looked wonderful, as if the painters were working on them for many days and nights. But we know that they began their work only several hours ago!

In the end all the works of art were sold. We want to give our special thanks to those people who purchased the paintings. In this hard time full of hectic they managed to put everything aside and come to the auction to help the children. That’s because they realize how important it is to the families, which have to fight for the lives of their children. It’s also pleasant to realize that we managed to preserve the tradition of sponsorship and mercy.