A number of charity events, dedicated to the International Day of Oncology Disease Child, were held from 12 to 15 February at Nikopol (hall of Nikopol Ferroalloy Plant). For the second time, Nikopol creative people come together to make their contribution to saving children, treated at oncology departments. 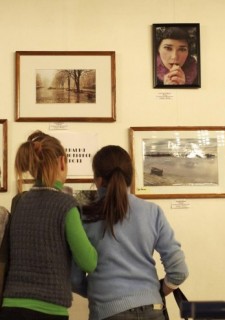 This year, the scale of the event bewitched! On February, 12 exhibition "PROMOTION OF KINDNESS AND CREATIVITY" was open.

At this exhibition it was presented works both of venerable artists and children's work. Young Nikopol citizens painted, embroidered, made crafts to raise funds to help their peers in distress.

Parallel action "Children for Children" was touching and powerful at the same time. The children have once again proved the adults that they are not going to stand by when someone is in trouble we have to act together! 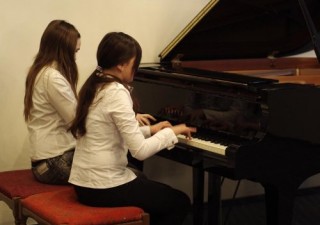 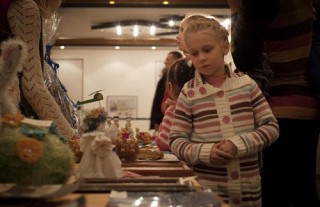 ALL proceeds from the sale of adult artists and young talents, funds will be transferred to parents of sick kids Nikopol.

At the end of this charity marathon on February, 15 for the second time it was held concret of "Zhiti Zavtra (To Live Tomorrow)" and the traditional candle action on its completion. This concert director, its ideological inspiration and muses were Margarita Gorbanenko and her loyal friends, pupils and assistants - choreographic studio "Valeria".

The folk dance ensemble "Joy", a model dance group "Fantasy", circus studio "Ale Up", a children's theater studio "Big Break", the vocal ensemble "Rin September" and its soloists, dance school "Bronx" soloists of the vocal group "Fidget" took part in this concert. These performances were wonderful! I especially was impressed by folklore ensemble "Mikitin Rig", but it was very difficult to somebody single out! Everything is just great! 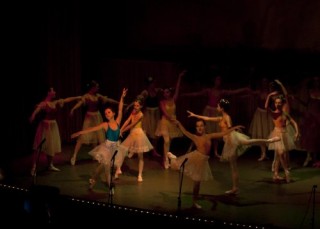 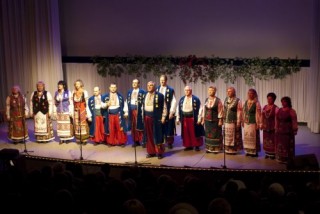 It was very touching atmosphere of the concert. After the film "Monologue of a lifetime" and a slide show, tears choked anyone who was in the audience. It felt complete unity in the evening all Nikopol citizens. There were a lot people, who wanted to make a contribution- to the cash-box, placed at the scene. A very emotional appeal of one of the Nikopol schools representatives was very impressive. 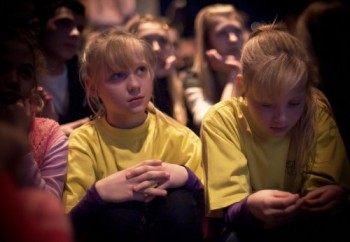 They recently lost their pupil because to the fact that her mother was too shy to ask for help. Standing on the stage, she tearfully begged, but not to be silent about the fact that someone needs help. That she with her pupils will help; will take part in such actions.

It looked like small town Nikopol had turned into one big and happy family. Suddenly, a feeling of peace and security arose. I'm sure when people are so united, we have nothing to fear. 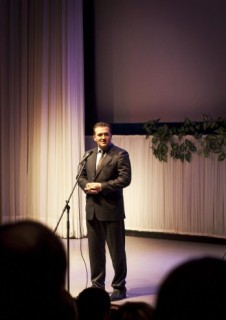 Even the mayor of the city, coming to the stage, could not hold back his tears. He solemnly promised that he would personally keep this problem under control. And at the end of his emotional speech on behalf of City Council and deputies promised buy soon two multi-specialty medical beds for Surgery Department with Ontological Beds of Dnepropetrovsk Regional Children’s Hospital. At this Department Nikopol kids get treatment! It is a gift! 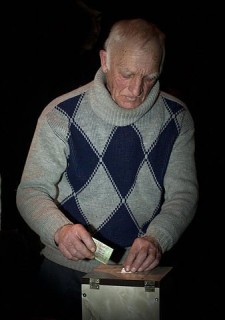 Margarita Nikolaevna asked cordially to thank all those who helped in the organization: Natalia Maruschak, operator of the "Nikopol Orthodox" Victor Bredikhin, Director and concert announcer Irina Lagutina, head of children's drama school of Creative Childrens' Center. Huge organizational work was done by the City Department of Cultural Affairs, Youth and Family, rectors of the city churches, Nikopol Ferroalloy Plant.

Bowing to the counsel veterans, for that older people were so imbued with the problem that their help is coming. We thank cultural institutions, libraries, museum, schools, colleges and institutes.

Margarita Gorbanenko: "Everyone is impressed. Result of the action is a huge resonance. People are touched, people believed us! Educational institutions are using the film "Monologue of a lifetime" as a material for educational hours. And most important - the collection of the concert was 13483UAH funds are still coming. The second result - in conjunction with the city government and the mayor it was decided to establish a foundation to help ailing children. Funds raised at the concert will be transferred to the Oncology Department of Dnepropetrovsk Regional Children’s Hospital. 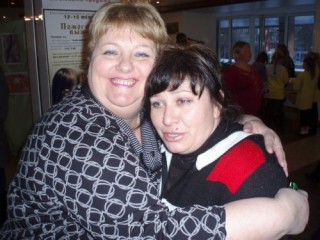 We get it! You, Margarita Nikolaevna - well done! This is a true bridge of friendship and mutual assistance between the two cities!

There were the long-awaited meetings on that evening. Alla Shevchenko visited us, when she had known we had been going to take part in the Nikopol concert. They have long Inna Dashchenko stood arm in arm ... shed a tear, commemorated all our children who are no longer with us. Wiping the tears of each other, they tried to joke and smile, even despite of the reason for united them, they were happy to see each other. 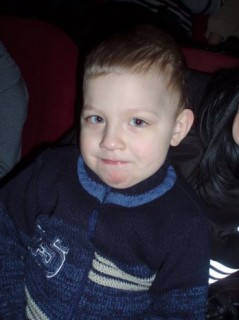 There was a meeting - surprise for me. One young Nikopol citizen came to a charity concert to give all donor.org.ua visitors his best regards and wishes for good health! Do you find out? It was my young friend - Sanya Lozovoy. On January, 21 he turns 3! 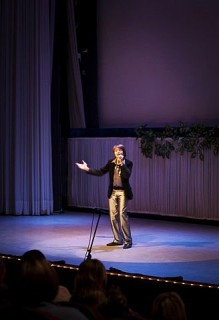 He is doing well, thank God. He watches cartoons, puts puzzles, draws and plays toy cars - in general, leads a busy life childhood joys! He is well-grown, matured, but he has still the same enigmatic look and charming smile! I hope the hospital fears forever erased from his life!

The young finalist "Ukraine Got Talent" Danja Marijke participated in the concert. He wanted to paint his dream instead of tears - the flowers, instead of losses - dreams, instead of separations - bridges! So be it!