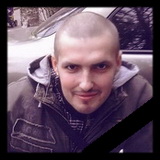 In a month after surgery to remove lesions in the left lung, done by National Cancer Institute in August 2014, it was revealed by computed tomography growth of metastases in the right lung and tumors in the left.

It was held 2 courses of chemotherapy (Gemcitabine plus docetaxel), again made a control CT, where it was found metastasis increasing in the right lung in 9 times.

The doctors decided to continue chemotherapy with other medicaments, one course of them has already been passed, soon it is necessary to pass another one, and then it will be another CT.

In the first days after chemotherapy, the young man felt normal, then his condition deteriorated, there was a strong nausea.