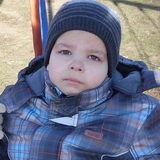 In March, Dan was done a third planned operation on the legs the stoppers were removed from the bones of the pelvis and hips. Now he has a "break" until January and February 2015, then he will need to go for a consultation at Institute of Orthopedics in Kiev and there will be decided whether he needs more surgery on the feet or knees, as after these three operations hip joints are in place, and legs twisted and he gets to his feet in a wrong way.

Danya trains at home on the wall bars and gymnastics. Also his mother does massage, according to the recommendation of the rehabilitation department of the Institute of Orthopaedics. Now Daniel walks with a walker, tries to use crutches, but still can not walk himself. Boy needs intensive rehabilitation, this year he will go to school, but he will be on inclusive education. 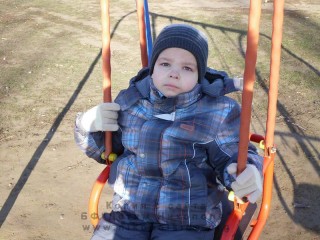