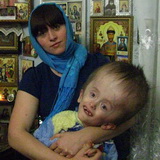 Mother of Olga shared with us her story:

On the 12th day it was bleeding in the brain ventricles, she was 1.5 months was on artificial respiration, she hasa strong bilateral pneumonia, after resuscitation department she was transferred to the department for premature babies.

She was diagnosed with "Acquired progressive posthemorrhagic hydrocephalus. Atrophy of the optic nerves of both eyes" (hydrocephalus). Life has stopped for me..., nobody gave chance to her living, medical staff did not let me be with her for not to become accustomed to her.

They said: she would not live, her brain was fretted, there were no cinerea, it was nothing to fix shunt, no sence to to become accustomed to her, because she would not live. Her head grew at tremendous speed.

We lived in the urban-type settlement, a pediatrician visited us 3 times a week, and "supported" us by the words "do not feed her, she will not live, do not buy baby carriage

does not buy, what for?" She she was living… She turned her first year…. She has a tiny body and a head 60 sm… My second dauther was born… Again hospitals, and the struggle for the second daughter…

At the age of 1 year and 8 monthes, Olga was hospitalized to Dnepropetrovsk regional hospital because of coma (we were living on Nicopol at that time), it was pumped out 200 ml. of liquid "liquor" from her brain with drainage. It was concluded by doctors “Taking into account the extreme degree of hydrocephalus, absence of subcutaneous fat, now levorotatory operation is not appropriate”. I took Olga, and we went home.

And now my Olga is 5 years old… she is bedridden, cannot see, but knows how to enjoy life. After outflow of fluid, her head stopped to grow, and now it is 71cm. She is a quiet girl, her condition is stable, loves to roll his head on a large bed, around obtrusively 180 degrees, loves to listen to songs for children, likes to play with kids. Olga tries to speak, reacts to light and silhouettes. She likes to play outside, enjoys to sun rays. I try as often as possible to carry Olga in an Orthodox Church for the adoption of ordinances of Christ. Olga gets all the love and care of her relatives...

But recently, in social nets I found a very sick child with hydrocephalus (his head diameter was 1 meter), he was was successfully operated on in the clinic Novosibirsk, where they make a very rare unique surgery of the skull correction. I’ve read all the information about the clinic, contacted the doctors, I sent a scan and all conclusions with daughter’s diagnoses.

We got hope firstly for long 5 years to facilitate the viability of Olga. The Chief neurosurgeon explained that deals are not so hopeless, but firstly it is necessary to do the first surgery of shunting, after that Olga, maybe, will be able to to speak, may gradually recover sight, the next stage of treatment is surgery of the skull correction, which will facilitate the physical condition of the child, so the child will be able to keep her head and to sit later.

Treatment will take place in the "Federal center of Neurosurgery" , Novosibirsk.

I aplly to to all not indifferent, merciful and Orthodox people to help us find a ray of hope.

We ask our donatorsto support Olga and her family and her family. Assistance can be provided to the account of the Fund, specifying the payment purpose "Charity for the treatment Pipich Olga". 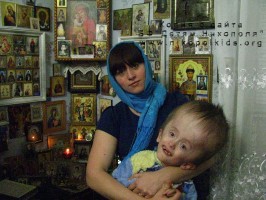 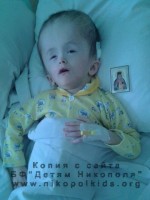 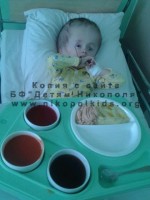 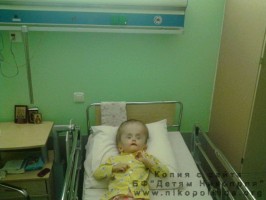 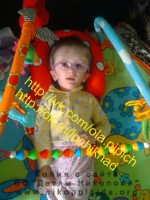 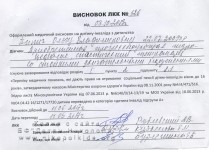