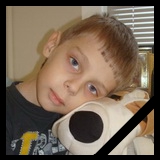 Today at half past five in the morning our Vanya became an Angel. Vanya and his parents struggled with the disease until the end. Vanya, we will always remember you, but you pray for us sinners. The Kingdom of heaven and eternal peace to you our Bright angel.

Speed – is your prayer

Life is an endless run

Moment is long as a century

Behind of you are the dog's mouth

And the enjoyment of flight

Power over yourselves, the moment

Dear friends, I want to introduce you to my new friend, his name is Ivan, and in the future he dreams of becoming a racer. Today the life of seven year old boy becames the first and, probably, the most important race for life. Two months ago Vanya was a normal kid, went to school, walked with friends and dreamed of... But his mother began to notice that her son started very quickly get tired, increased sweating and out of breath.

Just at this time it was scheduled medical examination at school, no one of these doctors noticed something bad, but a slight discomfort turned to chronic anemia. It was alarmed, when Vanya began to increase lymph nodes. Firstly, parents visited the local surgeon - doctor, appointed an ultrasound and next visit in 3 days. The boy's parents were not so long to wait and went to the children regional hospital, in Dnipropetrovsk. Dnepropetrovsk doctors did not let the boy go home, but instead he was urgent hospitalization and a tested by various analyses to know the exact diagnosis. And life began to spin differently, plans collapsed, the dreams began to fade away, and in mind the eternal question "why my child?". I want to pay tribute to parents of Ivan, they managed not only to take themselves in their hands, but found the words to explain to their son how it is seriously. And, most importantly, Vanya knows that he has never to give up; he knows, treatment will be long and possibly difficult, but you have to endure to win.

Vanya has just started and finish is still not close, but I would really like, that on his way he met as much as possible wonderful, kind, compassionate people like you, our readers and ever helpers. I really want today he appeared just friends, people who will be able to give their warmth and confidence in the future. Look at these wonderful blue, filled with sad eyes. We are able to return them smile, you only need to combine their efforts.

Today, the financial difficulties the family does not feel. But we can never predict how much is the family budget and, probably, it is not far, the day when they will need your support.

I beg to support the Boy and his parents morally and with prayer. 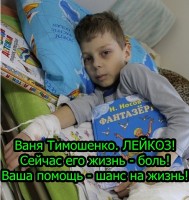 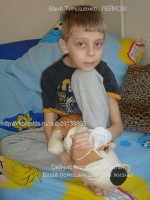 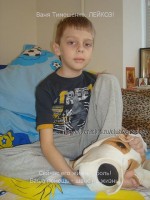 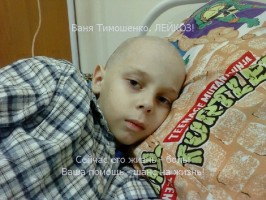 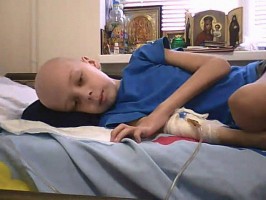 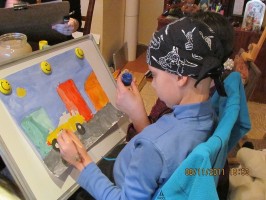 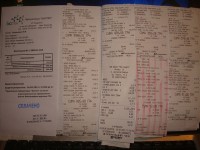 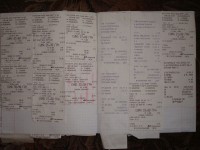 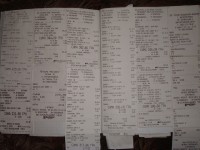 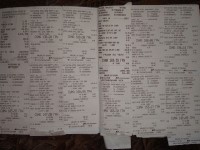 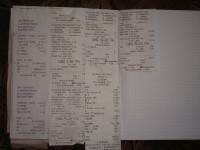 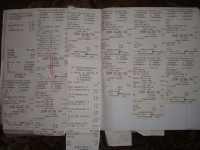