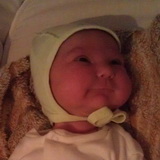 We were approached by the mother of Elina Lyapota asking for help:

At birth the baby discovered birth defect. She has a complete cleft of hard and soft palate. In this regard, the child has limited sucking, breathing and swallowing. Another problem is the shortage of weight. At the age of her 2 month she weighed 3.600, though she was born 3.400.

For a normal life, the baby requires surgery (implant of a bone plate). The earliest tem of such surgery – baby’s age of 6-8 months- was proposed at be at the Western Ukrainian specialized children's medical center in Lviv. After consultations, it was assigned the surgical treatment in February 2016.

The surgery costs a lot of money. Baby’s mother- Alena- is raising her daughter by herself, because father abandoned the babe because of problems. You can donate by money transferring to the bank account of charitable foundation “Nikopol Kids” stating the reason “Elina Lyapota Treatment”. 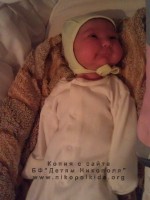 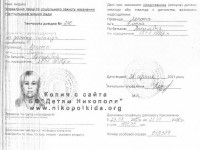