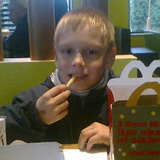 The hematologic department of Dnepropetrovsk local children’s hospital has just received another patient. It’s a boy, our countryman German Poljakov. The boy has been diagnosed with lymphoblastic leukemia, but fortunately the diagnosis appeared to be wrong. Hematology is still there, but the illness is not considered to be oncological. Thank God! What the boy does have is “Idiopathic thrombocytopenic purpura”, which requires expensive medication as any other blood disease.

German comes from a large family. His mother and father are raising nine children, so they definitely are in need for financial support. German is very independent and he’s not scared about staying in the ward without his parents. He attends Nikopol school and is in the second grade. He loves sport. German helps a lot around the house and looks after his younger brothers and sisters. However, now he needs help himself.

We ask you to support the boy and his family at this turning point of their life. You can transfer money at our donation account, stating the reason “Treatment Balabin Nikita”. 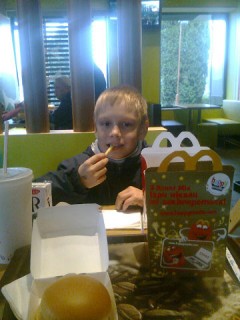