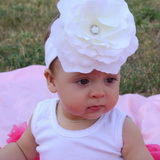 Would know where he stumbled, spread a straw be. So says the proverb, as translated into the language of life - every parent, if I could. He knew. Could. That gave everything to prevent trouble from their children. Sophia was born of twins. They, along with sister were born good. Strong babes, actively developed. Grew up, the doctor observed. And when it's time to be vaccinated against polio, the Sophia when unwell.

Under the rules, you can not vaccinate a sick child and the doctor does not instilled in Sofia, and only her sister. Retreating from the theme to remind you that the vaccine - a small dose of the virus, which is extortion, the body develops immunity to further the disease is no longer scary. Such a small dose of virus received little sister Sophia, and she became a source of infection for her terrible disease - polio.

All you probably know the dangers and consequences of the disease: paralysis, immobilization, restriction on movement, etc. The child was hospitalized, the parents have long fought with the disease itself and its consequences. The girl did not at first sitting, not getting on its feet. Not controlled by the pelvic organs. Enormous efforts of doctors, parents, rehabilitation specialists have managed to overcome some of the dysfunction of the body.

The child began to sit up, supported by legs, started a positive process. On paper, it is just a point, but in life - weeks, months, years of agonizing suspense improve your dear child. Young parents are doing everything possible to heal Sophia: massage courses, rehabilitation activities - all very expensive. At first, Sophia was treated only by their means, but now, as can be seen clear progress on the rehabilitation, care to throw at the halfway impossible.

Parents are asked to help pay for rehabilitation of the child in the clinic of Dr. Kozijavkin in Truskavets. The perfect child. We can make the illness, and with it the sadness away from this family. We can and must help.

Sophia needs to be healthy! For girls, we are raising money for the fund, which then pays a rehabilitation package.

Having transferred means into account fund "Children of Nikopol" with a mark "On treatment of Sofia Savitskaya". 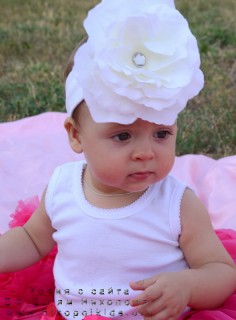