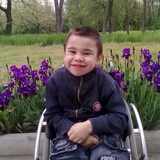 Our fund more recently took under guardianship of the child with very rare disease which treatment in Ukraine is not possible. It is possible more truly, but only on this treatment there will be no money of parents. The situation on is difficult so much, what even in studio Savika Shustera where parents have been invited, those who should, by the nature of the activity to help such children, in powerlessness have made a helpless gesture. Parents so actively struggle for rescue of the sonny that causes deep respect and desire to help this heroic family. Here we result the story of mum.

I, Dron Oksana, mum of genetically sick child. In the end of 2010 in Kiev the definitive diagnosis – mucopolysaccharidosis, Hunter's illness is exposed. For children living in Ukraine is a deadly sentence!!! Disease very rare, in our state one child almost on 2 million population.

Kirill was born the athlete – 4.200 kg, growth – 53 sm, but with weak immunity. Since a birth there were problems with a gastroenteric path, was constant "client" of infectious branch, in 9 months has got to resuscitation of Dnepropetrovsk: dehydration of an organism of 2 degrees, chair frustration, vomiting... Has got out!!! It was restored quickly, but has ceased to talk in general. The otitis, a rhinitis, a bronchitis has joined. So was till three years. In 3-has gone to a garden. Dialogue with children of results has not given (did not talk), have directed to the psychiatrist. Having communicated to us, has directed to the Krivorozhsky mediko-genetic centre – to survey the child, whether there is no what genetic disease.

Have gone - genetic from a threshold has told that our son most likely is sick mucopolysaccharidosis. Have made tests, soon after arrival home to us have called and have told that the child is really sick... But it is necessary to repeat analyses. So we have spent 2.5 years. That the diagnosis is not present proved to be true... Eventually, I have asked to go to capital. Have made tests and in a month, just for New year have received the letter with the diagnosis – mucopolysaccharidosis 2 TYPE, HUNTER'S ILLNESS. I will not describe, how have worried and have hammered to myself into the head that our son when will not be such as all!

Tragedy in gradual loss of physical and mental development. The end result – children by 14 years are confined to bed, blind, deaf, are absolutely helpless. The most part does not live to majority.

Now to my unique son of 8 years. A year it is confined to bed... All happens unexpectedly. In February, 2010, we with Kirjushej have gone on birthday where he jumped, ran, laughed, and having returned from work mum has informed that Kirill has risen from a bed in the morning and... Has fallen. The world has turned over for one night. Since then death "paws" hang over my son. To us suggested to hand over Kirill in the Dnepropetrovsk boarding school … As I can? How it is possible to speak such swear??? God it the judge.

Since 2006 there is a preparation of "Elapraza" (the USA, California) which successfully treat children in many countries of the world (Kazakhstan, Russia, Belgium, Canada...), but our Ukrainian genetics it hold back. To talk on this theme it is impossible. It is sad...

Completely it is impossible to cure this illness, as well as a diabetes (rough comparison). A component of "Elaprazy" – enzyme which is absent in an organism of my son. Treatment by this medicine is called enzyme-replacing therapy.

The preparation expensive, takes the second place on dearness in the world market honey препаратов.1 an ampoule costs about 4,5 thousand Euro. In a year treatment manages in 432 thousand Euro. Treatment FOR LIFE … In Ukraine is not present this preparation, it is not registered. The most important that our state is not interested to buy and treat our Ukrainian children. It is very expensive! My son a burden for the state.

In answers of Ministry of Health it is informed: that about a problem know: cannot decide in the absence of financially - technical base, dearness, that the preparation of "Elapraza" is not registered also by registration the company the manufacturer should be engaged.

For today state structures prepare the project of the Concept of treatment sick of rare diseases, but time of acceptance, realisation of the program of the concept, its financing are not known.

Without effective therapy by a preparation of "Elapraza" Kirill is doomed to destruction.

It would be desirable, that about our children have ceased to hold back and pretend that the problem does not exist.

I will be grateful for any rendered help.

Also I ask to respond people that knows families of bringing up same children or parents "hanteryat". Having united we force!!!

From themselves we will add. That we take this child under special control as the exit from the created position does not lie in simple fund raising. It is morally ethical problem. This infringement of a constitutional law of each person of the RIGHT TO LIFE. And we will struggle for this right together with Kirill's parents!

As it is possible to transfer means into account Welfare fund «Children of Nikopol» with a mark - on treatment Dron Kirill, in any branch of Privatbank. 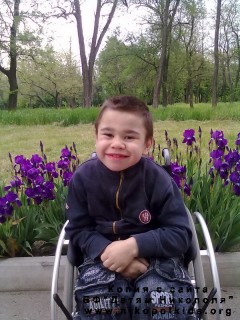 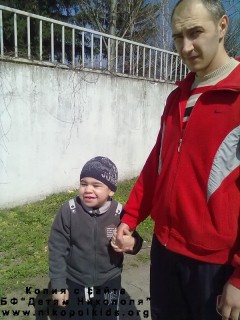 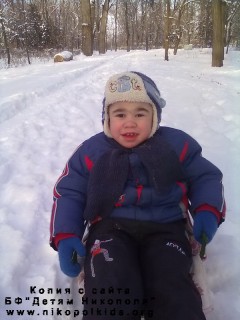 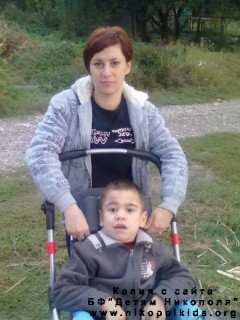 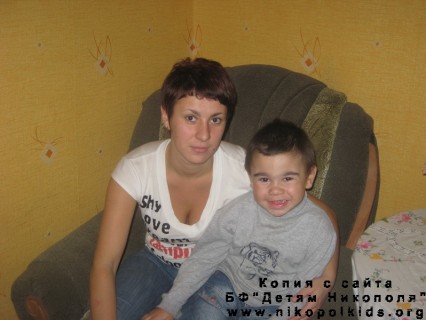 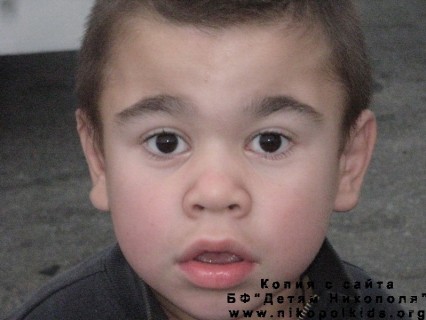 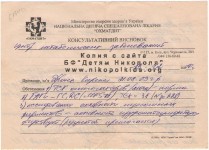 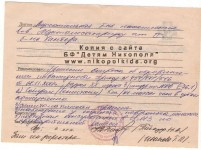